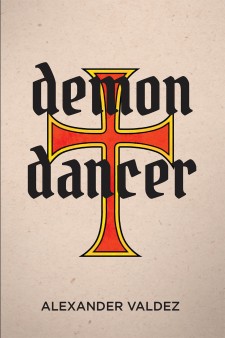 SAN MARCOS, Calif., August 4, 2020 (Newswire.com) - ​Alexander Valdez, a writer who has composed many songs and has also been in Hollywood, has completed his most recent book “Demon Dancer”:  a gripping and potent mystery tale that follows Alex as he sets out to unravel the hidden truths behind the legends, crimes, and buried secrets.

Alexander writes, “With the discovery of a young girl’s body by a group of young neighborhood boys, it became the starting point for what would be a lifetime of adventure. This adventure would be filled with the unexplainable and one that would become all-consuming for the young boy named Alex. The old wives’ tale of a crying woman who threw her children into the river became a search for answers and a journey to discover if the events actually occurred.

The old dance hall sat boarded up for over twenty years as it stood across the river from the brick pits, the area that served as the playground for the boys. When young Alex began hearing all the legends about a man in black—a man who would kidnap women from dances—curiosity got the best of him.

With this curiosity came obsession, one which would be the force that led the young man and his childhood buddies into pursuits beyond their imaginations. The further along they went into the realms, it wasn’t long before characters from past times began to manifest into his world—characters with malevolent intentions and an agenda that required the total destruction of the young man’s bloodline. The young boy came to know and understand that he was the focus of all that was evil and that it began many centuries ago in the holy land.

He learned of the man from the past whom people throughout history would refer to as the Demon Dancer. It would be the pursuit that would lead to…”

Published by Fulton Books, Alexander Valdez’s book is a complex and thrilling narrative that goes beyond the natural and enters the other-worldly as a young boy braves the mysteries of the world.

Readers, especially lovers of mysteries and the unknown, will find this novel interesting and hard to put down.

Readers who wish to experience this chilling work can purchase “Demon Dancer” at bookstores everywhere, or online at the Apple iTunes store, Amazon, Google Play or Barnes and Noble.