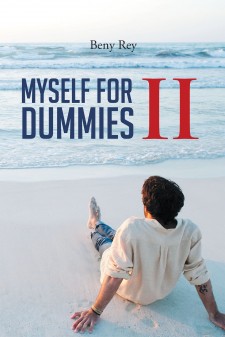 Holly Springs, NC, October 25, 2018 (Newswire.com) - Beny Rey, a native of Cuba, has completed his most recent book “Myself for Dummies II”:  an uplifting and enveloping story of a man who was born into absolute poverty, but persevered and used his wits to emerge victorious.

Beny says, “This book is me, my personality. It’s about what life has done to me and, of course, about what I have done to life. But please let me tell you that I am not a writer, although I really enjoy writing and reading.

I wrote the book drawing from more than just different personal experiences—it’s philosophy, love, belongingness, loneliness, disillusion, religion, history, communism, my imagination, sex, social situation in US, and even jokes and irony itself—common denominators in each person living in our planet today.”

Published by Fulton Books, Beny Rey’s book is the story of a man born in 1945 at the town of Camaguey, Cuba, as Benito Rey.

Everybody calls him Beny, which makes him very happy because: that is how his father called him, and it sounds more of an American and Canadian type of name.

As a typical poor kid, misery was part of his life; His family’s social situation later changed, but for the worse.  Then when Beny was 12 years old, his father died.

Time passed, and he became a theater actor. He was so “good” that he had no choice but to become an electrical engineer.

Thirty years ago, a plane from Cuba bound for the Soviet Union stopped for refueling in Gander, Newfoundland, Canada. Beny stopped the trip right there, running away from the Cuban-created society. He, his wife, and his daughter started a new and better life in North America. The plane continued on without them.

Beny currently works as an electrician and electronic technician for industries in North Carolina, US. So far, he is happy with his profession.

Readers who wish to experience this intriguing work can purchase “Myself for Dummies II” at bookstores everywhere, or online at the Apple iTunes store, Amazon, Google Play or Barnes and Noble.