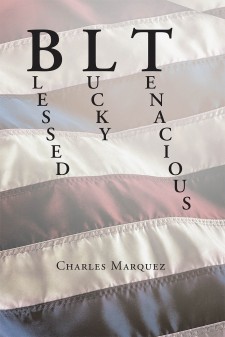 Published by Fulton Books, Charles Marquez’s book details a situation in Colombia at the American Consulate, where the author was serving as a vice-consul. He was able to obtain the release of a U.S. citizen from a Colombian prison and probably saved his life. While Mr. Marquez adhered to protocol, he also established quid pro quo or reciprocity—far more effective than protocol. It was reciprocity that allowed the release of the U.S. citizen and what made Mr. Marquez more effective in Colombia.

Charles Marquez firmly believes in the preservation of all lives, including the innocent unborn. He also strongly affirms that global peace is possible by the restructuring of the United Nations, ultimately preventing warfare, rather than futile attempts to remedy those situations. All things are possible and can be attained with the appropriate application of discipline and ethical behavior.

Readers who wish to experience this inspired work can purchase “BLT: Blessed Lucky Tenacious” at bookstores everywhere, or online at the Apple iTunes Store, Amazon, Google Play or Barnes & Noble.