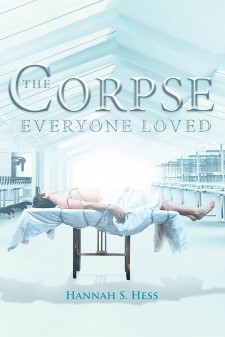 NEW YORK, April 6, 2020 (Newswire.com) - Hannah S. Hess is a mother of three who has worked as a high school English teacher, assistant principal, and principal. She has completed her most recent book “The Corpse Everyone Loved”:  a gripping and potent novel that follows the murder of William Hennessy where Charlotte Hill goes on a mission to find the true killer as she doubted the conclusion that crime officers declared.

Hannah writes, “The corpse of the title is that of William Hennessy, a universally disliked teacher at U. S. Grant High School, who turns up dead in one of the school’s science lab. There is no end of suspects, and when Charlotte Hill (Charlie to her friends), the principal of the school, discovers that a group of students has been using the lab to make illegal drugs, and that the newly deceased had been blackmailing these enterprising chemists, there is the hope of a quick solution. However, this hope is dashed when the students admit the drug making, but insist the teacher was already a corpse upon their arrival to meet with him. Suspicion then turns to various others: a recent graduate and boyfriend of a student who has been sexually abused by Hennessy, the school custodian, one of the janitors. When the janitor is found dead in his car the police are happy to call it a suicide and to write finis to Hennessy’s murder, but Charlie has her doubts, and sets about to find the answers. Eventually she does, but not before her life is threatened and the threat almost becomes a reality.”

Published by Fulton Books, Hannah S. Hess’ book is a thrilling mystery-crime that revolves around the search for the true murderer, even if it meant risking one’s own life.

This exciting read will invite the readers to get lost in these pages filled with doubts, mystery, thrill, and unanswered questions.

Readers who wish to experience this great work can purchase “The Corpse Everyone Loved” at bookstores everywhere, or online at the Apple iTunes store, Amazon, Google Play or Barnes and Noble.
Please direct all media inquiries to Gregory Reeves via email at gregory@fultonbooks.com or via telephone at 877-210-0816.