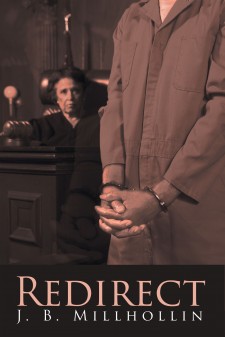 MT. JULIET, Tenn., January 24, 2019 (Newswire.com) - J. B. Millhollin, a gifted author and writer, has completed his most recent book “Redirect”:  a gripping mystery that revolves around a private investigator, wrongly accused of a horrible murder, and running out of time and allies to prove his innocence.

Published by Fulton Books, J. B. Millhollin’s book begins in 2006, when a heinous, sexually motivated murder occurs in Nashville. The perpetrator is never apprehended, and the crime, like so many others, became just another cold case. Ten years later, a murder was committed, with details eerily similar to the crime committed in 2006. But this time, they apprehended the man all of the evidence indicated was guilty—Nashville Private Investigator Barrett Armstrong. He now sits behind bars charged with the horrific murder of his lover and awaiting trial.

As Barrett’s trial begins, confidence in his attorney dwindles with each witness. He knows his only hope for exoneration lies with his friend and fellow private investigator, Kris Thompson. While the trial moves forward, Kris begins to uncover undisclosed details concerning the case that continue to emulate the crime committed over a decade ago—details which even Barrett finds difficult to believe.

Two separate and distinct stories emerge—Kris continues her investigation outside the courthouse, while inside the courtroom a battle rages as Barrett finds himself trying his own case, representing himself. He struggles as he attempts to weave his way through all the intricacies of trial procedure and somehow convince a jury to find him not guilty of a crime he never committed. As the trial concludes, both stories converge, resulting in an unforeseen, completely unpredictable conclusion.

Readers who wish to experience this harrowing work can purchase “Redirect” at bookstores everywhere, or online at the Apple iTunes store, Amazon, Google Play or Barnes and Noble.