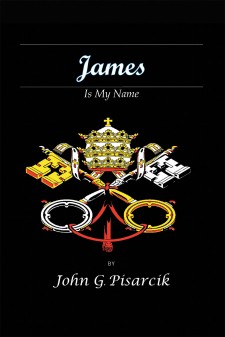 DOVER, Del., June 18, 2020 (Newswire.com) - John G. Pisarcik, a retired priest who was a teacher, a principal, and a director of ministry programs, has completed his most recent book “James Is My Name”:  a gripping and potent narrative that accounts the story of how the College of Cardinals organized an election in search of the new Pope and people coming to know who will sit next on The Chair of Peter.

John writes, “He was dead! The bells pealed out their mournful cry. Crowds gathered, and in no time, the piazza was full. Then the announcement came to the people of Rome and the world—John XXIV was dead, poisoned by an unidentified person or persons. The Chair of Peter was empty.

He was buried in the bowels of St. Peter’s Basilica, alongside so many of his predecessors. The conclave to elect a new Pope had been called for, and Cardinals were arriving in Rome to participate in the election of his successor.

Days went by, and all the gathered crowd saw was black smoke rising from the chimney over the Sistine Chapel.

Then on the fourth day, as the first puffs of smoke rose, the bells of St. Peter’s rang out in jubilation for a new Pope had been elected.

The people, including reporters, tried to guess who it would be and where he would be from. But no one was prepared for the announcement that was made.

He was from the United States of America, only fifty-four years of age, and George Cardinal Writerson would be known from this moment forward as His Holiness Pope James.”

Published by Fulton Books, John G. Pisarcik’s is a profound novel that narrates not only the search for a new pope but how that elected Pope dramatically changed the Catholic church during his reign. This tale will definitely interest readers of all ages as the people anticipate the next owner of The Chair of Peter.

Readers who wish to experience this fascinating work can purchase “James Is My Name” at bookstores everywhere, or online at the Apple iTunes Store, Amazon, Google Play or Barnes & Noble.