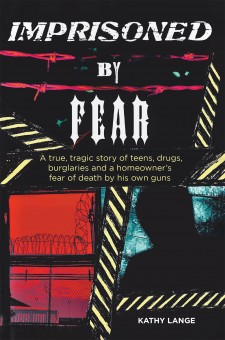 LITTLE FALLS, Minn., August 11, 2020 (Newswire.com) - Kathy Lange, an impassioned writer who has worked in health-care fund and program development, has completed her most recent book "Imprisoned by Fear": a thought-provoking book that unveils the undisclosed events surrounding the burglary of war veteran Byron Smith by a group of drug-induced teens that led to his conviction and life imprisonment.

Kathy writes, "Byron Smith moved back to his family home in Little Falls, Minnesota, to care for his elderly mother and enjoy a quiet retirement from the US State Department. On Thanksgiving Day 2012, Byron shot and killed two teens who broke into his home by breaking a bedroom window. It was the sixth burglary in less than six months. Previous burglaries included over fifty thousand dollars in gold, cash, jewelry, and his Vietnam medals. He feared for his life as each burglary became more violent, and the fear that he would be killed by his own guns intensified. With his training in security, he installed cameras and recorders and locked and dead bolted every door and window to his home to prevent entry. Prescription drug bottles were found in the teen's car from another home they had broken into the night before. Byron was convicted of first-degree murder in April of 2014 after an unusual trial and sentenced to life in prison. Before the trial, he lived with his neighbors, John and Kathy Lange and their fifteen-year-old-son, Dilan. This story is an intimate insight into this family's friendship and support of Byron while this incident became national news. A 'Dateline' episode, '12 Minutes on Elm Street,' aired in May of 2014, only depicted a small portion of the real story. This book reveals facts that were not allowed in the trial and how the ripple effect of our nation's drug epidemic caused a US veteran to be imprisoned by his own fear."

Published by Fulton Books, Kathy Lange's book uncovers the disastrous consequences of drug abuse in the United States along with the injustice that permeated the system that has caused the lives and sanity of its citizens.

Readers will be educated with the truth surrounding the case of Byron Smith and his supposed retaliation for his life and property against burglary committed by individuals under the influence of drugs.

Readers who wish to experience this edifying work can purchase "Imprisoned by Fear" at bookstores everywhere, or online at the Apple iTunes store, Amazon, Google Play or Barnes and Noble.