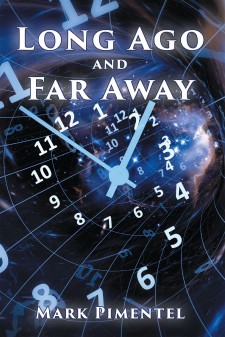 GOFFSTOWN, N.H., November 18, 2019 (Newswire.com) - Mark Pimentel, a retired aircraft fueler from American Airlines, has completed his most recent book “Long Ago and Far Away”: a galvanizing read about a man who dangerously journeys back in time to re-experience love, friendship, and family.

Mark writes, “What if you had a chance to travel back to your youth when you fell in love for the first time, to relive that magical time when you met the girl who would forever change your life?

Mark Peterson, a physics professor at Harvard University, has this chance, for he has created a time machine and uses it to transport himself back to that special summer of 1973.

Mark arrives in 1973, taking over the young body of his former self, and begins to once again fall in love with Lena and spends time with his friends and family from so long ago. That carefree summer, shortly after the Vietnam war had ended when gas cost thirty-seven cents a gallon and Richard Nixon is nearing the end of his presidency as the Watergate hearings are taking place, at the beach with his friends, little transistor radios were playing hits from popular singers of the time like Jim Croce, Seals and Crofts, Gilbert O’Sullivan, and Roberta Flack.

But this journey is not without danger, and Mark finds himself unable to return home. He has three weeks before his young body reclaims itself and he is erased from time.

Without the help of his colleague and friend Ron Sarno, a fellow professor at Harvard, Mark will be unable to return to the present. Unbeknownst to Mark, Ron lies in a coma following a serious accident, unable to help his friend. As the point of no return approaches, Mark anxiously awaits his fate.

‘Long Ago and Far Away,’ a suspenseful page-turner with a mixture of science fiction, adventure, and young love. A novel that will take you back to an innocent time, long before the internet, smartphones, and flat-screen TVs. A novel you won’t soon put down.”

Published by Fulton Books, Mark Pimentel’s book fuses action and drama into a man’s yearning for another chance at youthfulness despite the perilous setbacks it presents.

This book shows how people’s wistfulness can reach incomprehensible heights for them to do daring things just to recreate their memories.

Readers who wish to experience this rousing work can purchase “Long Ago and Far Away” at bookstores everywhere, or online at the Apple iTunes store, Amazon, Google Play or Barnes and Noble.

"Long Ago and Far Away", Fulton Books, Mark Pimentel