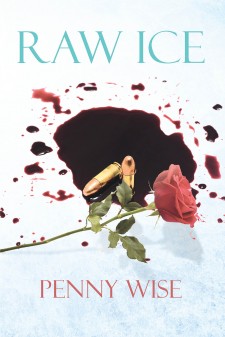 NEW YORK, April 9, 2020 (Newswire.com) - Penny Wise, a small business owner and a proud father of a three-year-old boy, has completed his most recent book “Raw Ice”: a gripping and potent novel about a boy who found himself in the chaos of the streets and in the madness of society.

Penny Wise writes, “RAW ICE is the story of Aldolphus Jackson, an innocent child that was robbed of his emotion by the shadows of darkness. Raised by a mob figure named Airstead Gaddafi, Aldolphus learned the rules of the blood game and drug game. Born into a web of lies that will slowly untangle, he would be forced to make life-altering choices. He was caught between street wars with the Japanese Mafia and a love-hate relationship with monogamy. Eventually, he would be forced to choose between being a sacrificial lamb or drinking the blood of the wolves. RAW ICE is a nonstop roller coaster without brakes that has more twists than a murder mystery. Written in gritty street dialogue and lyrical undertones, RAW ICE will keep you glued to your seat until its shocking end. Don’t Blink.”

Published by Fulton Books, Penny Wise’s book brings out an interesting and riveting narrative that follows Aldolphus as he stands against the terrors of darkness.

This book will definitely keep the readers turning the pages because of its tale’s endless twists.

Readers who wish to experience this thrilling work can purchase “Raw Ice” at bookstores everywhere, or online at the Apple iTunes Store, Amazon, Google Play or Barnes & Noble.