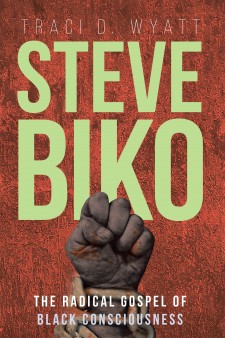 WASHINGTON, August 5, 2020 (Newswire.com) - Traci Wyatt, an African American scholar, preacher, author, and lecturer with a PhD in African Studies, Master’s in Religious Studies, and Bachelor of Arts in Philosophy, has completed her most recent book “Steve Biko: The Radical Gospel of Black Consciousness”: an in-depth dissertation that delves into the radical movement led by Steve Biko that inspired the growth of Black consciousness amid the perilous apartheid revolution in South Africa.

Traci writes, “During the mid-1960s to the late 1970s, black college students in South Africa became frustrated with apartheid, Bantu education policy, Bantustans, White liberal organizations, and European-branded Christianity. Their anger with White nationalism under apartheid caused them to mobilize, rise up, and fight against systemic oppression for their liberation. The timing was pregnant with purpose for the new generation of leaders to rise since the ANC and PAC were banned, creating an above-ground silence among Black anti-apartheid revolutionaries.

"The reader will be lured into the struggle, blood, loss, tears, and victories of Blacks fighting against apartheid in South Africa. Readers will learn about the ideology and way of life adopted by Black youth known as Black Consciousness. The book analyzes how students became so devoted in their beliefs and application of the tenets of Black consciousness that it was likened to the Gospel message. It describes how the teachings of Black consciousness were used as psychological weapons of war to liberate the minds of Blacks, White liberals, and the White apartheid regime.

"The primary focus of this book is on the life, message, and journey of BC’s preeminent leader, Steve Biko, who led the radical movement along with his colleagues to empower his people and encourage the nation to seek and possess truer humanity. His message takes center stage while his life takes several unexpected turns as the system hunts him down.

"However, the most controversial yet surprising component of this work would be the comparison of Biko’s life and death with Jesus’s life and death at Calvary—from the cradle to the grave. Though Biko was not necessarily a professed Christian, his life’s work and message make chilling parallels to the life of Jesus Christ, which are captured here. This book is bound to awaken the soul and mind of the reader as they become raptured in the intersectionality of race, justice, and faith.”

Published by Fulton Books, Traci Wyatt’s book presents a striking parallel to the Gospels and the life of Steve Biko that ushered in a profound awakening among Blacks in the face of biased segregation and political and social turmoil in South Africa.

Readers who wish to experience this educative work can purchase “Steve Biko: The Radical Gospel of Black Consciousness” at bookstores everywhere, or online at the Apple iTunes Store, Amazon, Google Play or Barnes &  Noble.