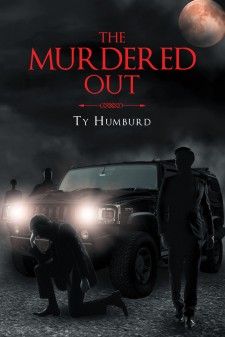 DAVENPORT, Iowa, January 15, 2019 (Newswire.com) - Ty Humburd, an auto enthusiast and gifted storyteller, has completed his most recent book “The Murdered Out”:  a macabre tale of four infamous men who refuse to stay dead and the terrifying being that insists that they do.

Ty’s horror writing style can be viewed as extremely horrific and frightening, however, he says, “I enjoy laughing with others and consider myself a people person with a down-to-earth personality.”

Published by Fulton Books, Ty Humburd’s book is a terrifying trip into the unknown.  Matt Powell is a college senior who’s planning for a bright future in automotive design. But before graduating, he meets four notorious students with blacked-out vehicles, known as the Murdered Out. Matt is intimidated into joining the group, only to have his four brothers killed in an accident. Mysteriously, the four students return from the grave deadlier than before, and the only man who’s capable of stopping them is Mike Wraith, known as the Obituary Killer.

Readers should brace themselves as they go along for the ride with The Murdered Out in this horrifying story that will have them screaming for mercy.

Readers who wish to experience this terrifying work can purchase “The Murdered Out” at bookstores everywhere, or online at the Apple iTunes store, Amazon, Google Play or Barnes and Noble.